When we’ve had a long week and are in need of decompression, our prefered nearby escape is the Eastern Townships.

But the thing is: we can’t stand Sutton.

Let me explain. Last year we spent a weekend in the region on assignment and for the most part had a swell time, especially Eastman and West Brome. But Sutton was the opposite: everyone was rude and we really felt like unwelcome tourists.

So this time around we decided to spend the day in two nearby towns: Dunham and Frelighsburg. It was way more our speed.

Dunham is the home of the famed microbrewery of the same name. You’ve likely seen their beers on sale in Montreal. Their brasserie is a rustic treat with great brews on tap and tasty pizzas with locally sourced ingredients. Mel tried the Funk Royal, a tangy plum sour with a glowing pink colour. I went with the Berliner Mango Weisse, which had the right sourness I was looking for. They sell beers to-go so don’t leave empty-handed. It was our kind of place.

In Frelighsburg, we checked out cafe Beat et Betterave. It’s a small spot with a stage, and I was shocked to discover it doubles as a music venue that gets decent Quebec acts like Fred Fortin and KNLO. Would love to catch a show there. The food there is exactly what you want from a small town resto: locally sourced and hearty. Our plates hit the spot: homemade falafel pita and gravlax on crusty bread. Fun place to hang and drink cocktails or espressos. They even had local beers on tap.

The more we explore the Townships, the more we realize it’s an underrated food and drink gem. 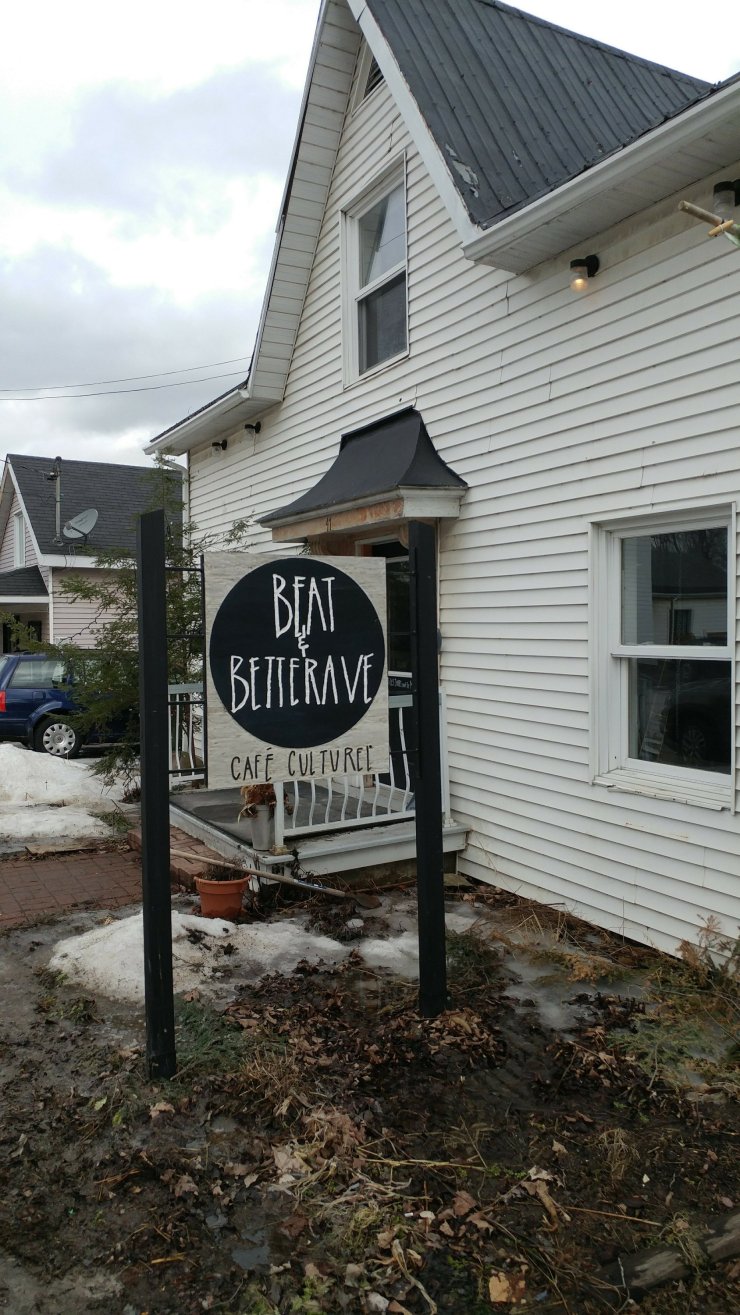